I was so hungry when we arrived at George’s only to be greeted with a view of a burned-out side building (courtesy of the friendly local arsonist) and news that the fried chicken we had been dreaming about was not available today as a result.

Hangriness was looming so we resorted to ordering some poppers, a bowl of chili (a safe-ish bet in a dive bar, right?) and a corn dog basket.

In a cloud of chicken deprivation and expectations set low, we were pleasantly stunned at how good the food was. I mean, really good. The chili was homemade fresh that day with multiple different beans, lots of vegetables and perfect seasoning. I

would come back just to eat that chili again. And put it on everything on the menu! Just think…chili burger, chili dog, chili fries…but I digress.

The poppers were average, but well-cooked and blessedly arrived quickly. The corndog was also solid but not anything to write home about, however, the fries on the side? Honestly, some of the best I’ve ever had. Perfectly crisp, bright and yummy seasoning, so incredibly good!

We aren’t usually ones for “dessert”, but after tasting the wonderful stuff Michael was putting out from that dumpy little dive bar kitchen, we signed up for the pudding shot created by him. It was bananas foster flavor on the day we visited, served artfully in the usual cheap little plastic cup with whipped cream and a sprinkle of cinnamon. It was delicious and the perfect sized 2 bite dessert to share.

So, once we had that, we had to have a taste of the raspberry cheesecake jell-o shot created by the friendly barkeeper named Dave (you can even tell he is smiling behind a mask, he’s that kind of guy). That too was a yummy surprise and a perfect ending to our time at George’s.

When we first arrived, we weren’t sure we would come back because it isn’t really a dive bar (too clean, but it was recently remodeled so we will give it some time), but the food and genuine friendliness is worth the trip. Oh, and they also have beer and drinks! 10 taps, 2 crap, 5 craft and 1 cider. Full bar and some well-made signature cocktails. And an upper-level video poker den for those who indulge.

Outdoor Seating: Yes; picnic tables streetside. Plus, a patio out back that was temporarily unavailable during our visit due to aforementioned fire 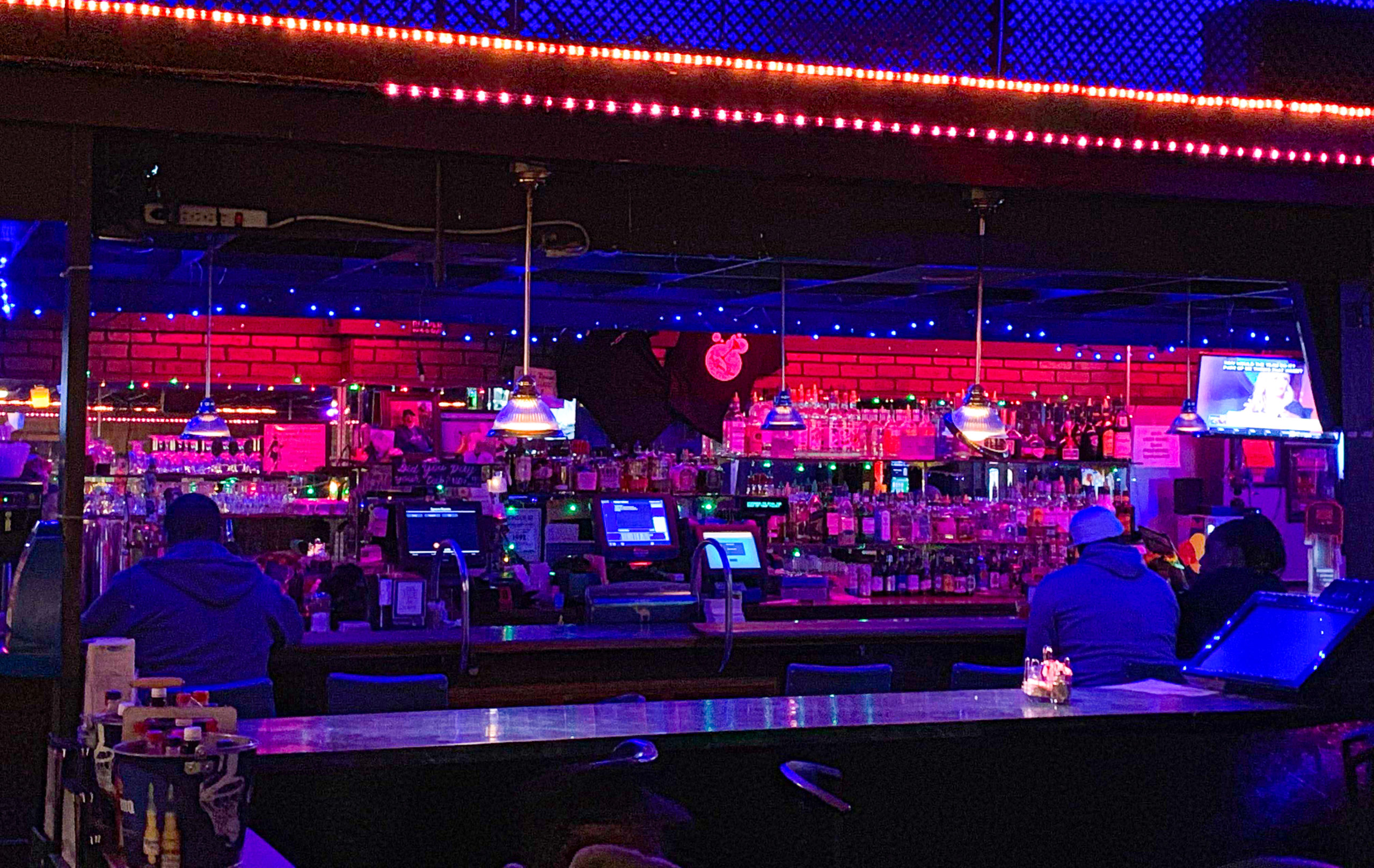 Railside Pub Is it open? Hard to tell since the only vehicle parked in the lot was a hearse, but ...